Ugh. Today was a blah kind of day. It was day 3 of not working (thankfully I know I’m subbing tomorrow, waitressing tomorrow, and bartending Saturday).

Why is it that I am so unmotivated to do things on the days I have off – even though I have tons of time to do them? I’ll never understand it.

I started the morning off with a nice bowl of oatmeal. It seriously starts my day off on a good note. Especially when topped with some peanut butter.

After some procrastinating I headed out for a run – which was a struggle. I don’t know if it was the 2 pieces of toast I had beforehand, the long sleeve top I was wearing (and shouldn’t have), or the sun in my eyes because I haven’t gotten a new pair of running sunglasses but I was just not feeling it today.

My legs were feeling very tight, probably from all the squats I did in Bodyblast class last night, and despite stretching well pre-run I stopped about halfway through and stretched out my quads a bit more. 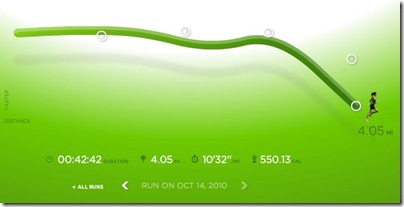 Overall my pace was pretty good, a bit slower than the last few runs, but I’ll roll with it. I can definitely see that I was getting tired in the last half of this run.

I won’t be running at all until Sunday because of my work schedule, but I will (hopefully) be doing 7 miles on Sunday.

Oh! I finally put my race board together the other day. 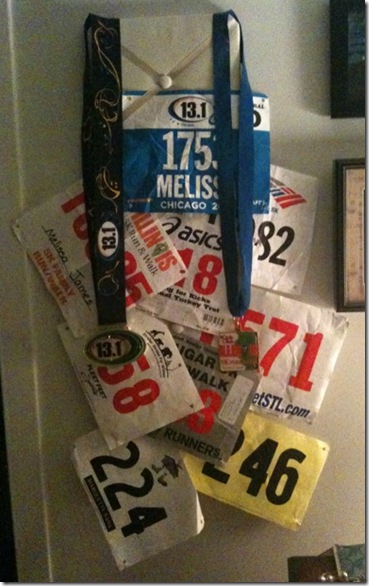 The medal on the left and the big blue race bib are from my half marathon – definitely one of my favorite races. The other medal is from my very first 5k (how cool that we got medals!). That race was part of the inaugural Illinois Marathon in Champaign (University of Illinois) and you’ll probably be hearing more about that race soon ; )

I had a pretty lazy afternoon accompanied by too much eating. I had a feeling that tonight’s weigh-in wasn’t going to go well. Honestly, this week I’ve felt a little off. I haven’t tracked everything, I’ve eaten too many carbs, and I did not eat enough fruits and vegetables. I was right, but we’ll talk about that later. 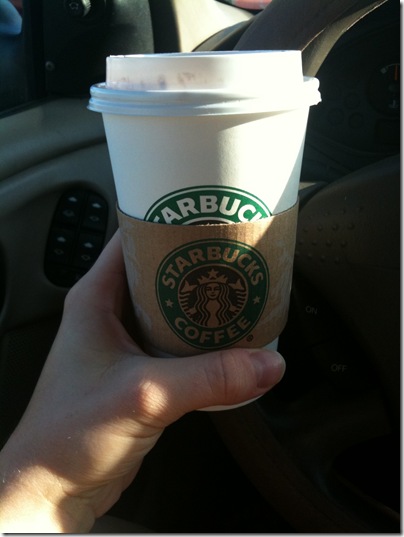 I did guarantee that I would help myself feel better by stopping at Starbucks before heading to Weight Watchers. I got a grande nonfat no whip pumpkin spice latte. I have to say, after all the hype, it was a little sweet for my tastebuds. But maybe I’m just used to natural sugar. It was good though.

I probably won’t have time to blog until Saturday or Sunday, but I have a couple posts in mind. And hopefully next time I’ll be in a much better mood : )

5 thoughts on “A least I had a latte”